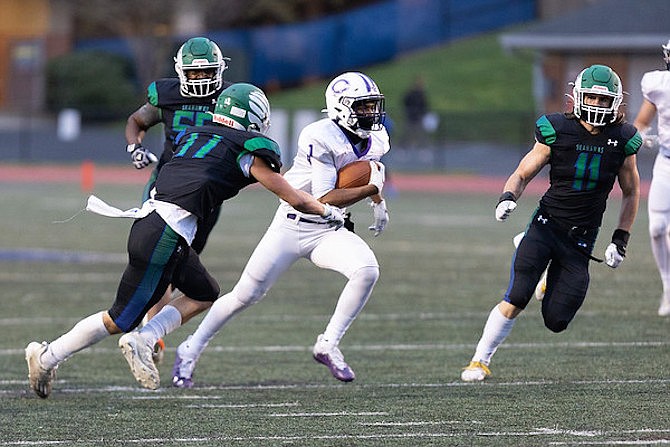 Antwon Jackson #1 scored the game’s only touchdown in the 2nd quarter. Photo by Will Palenscar

Chantilly Coach Sean Curry talks to his team at halftime of the Region Semi Final game with South Lakes. 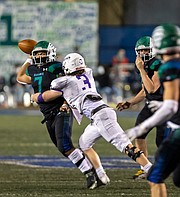 The Chantilly Chargers marched to Reston to take on the South Lakes Seahawks in a region semifinal game. The Chargers’ Antwon Jackson scored the only points of the game in the 2nd quarter, running in from 15 yards out. At halftime, Chantilly Coach Sean Curry's message was, "You won the first half, but there is another half to play." Chantilly would not disappoint, holding the Seahawks scoreless. The Seahawks had scored 115 points in their previous 3 games. In the closing minutes of their last two games the Chargers defense would stop their opponent. Chantilly (6-1) will play at Madison (7-0) for the region final on April 16. South Lakes ends their season at (3-2).