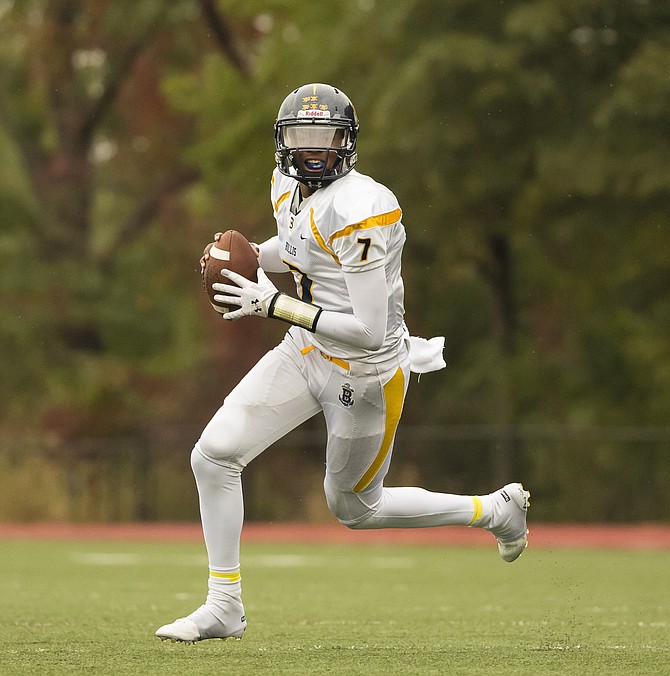 At Bullis, in three seasons, Haskins passed for 5,308 yards and 54 touchdowns, leading Bullis to IAC titles his sophomore and junior years. He is now the Redskins quarterback of the future.