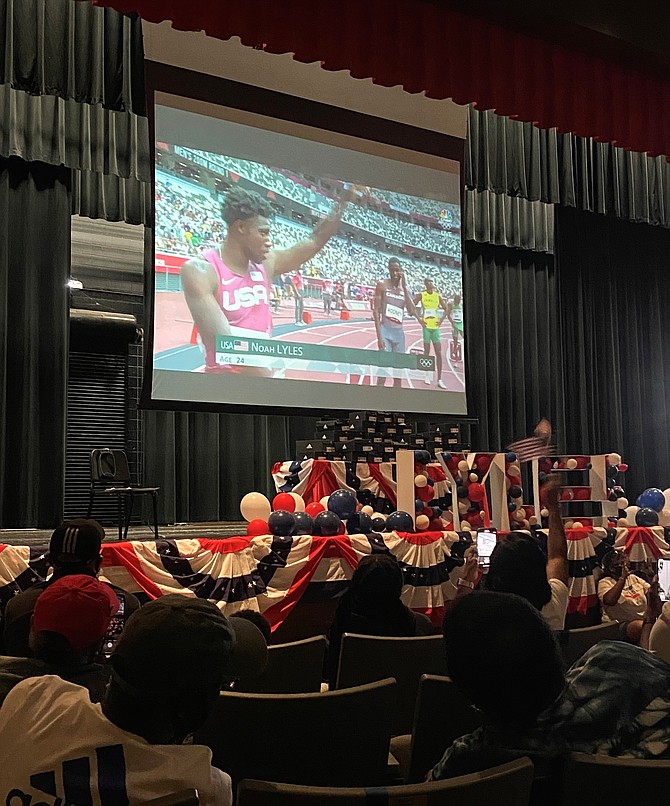 A crowd watches Noah Lyles on a big screen as he takes to the starting line of the 200m qualifying heat Aug. 2 at the Tokyo Olympics watch party at Alexandria City High School.