Four inducted into Hall of Fame. 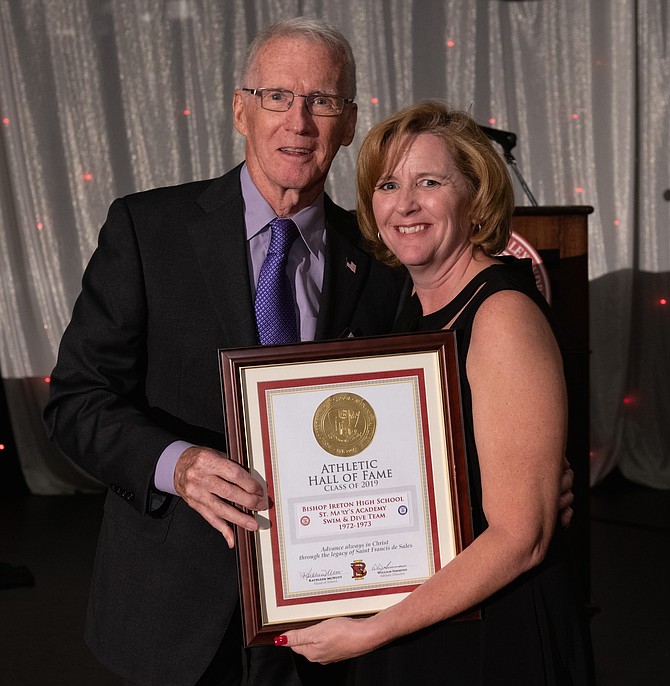 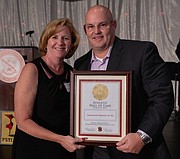 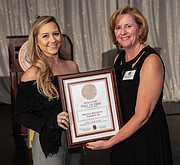 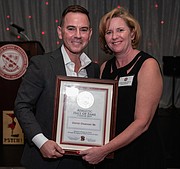 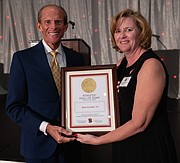 “We’re so proud to recognize the outstanding athletic achievement of all our inductees,” said Head of School Kathleen McNutt. “These honorees exemplify the highest standards of positive sportsmanship and ethical conduct. Their character is an embodiment of that which St. Francis de Sales preached: ‘Be who you are and be that well.’”

Cloyd, a four-year member of the Varsity Swimming Team, specialized in distance freestyle and was a high school swimming All-American. He graduated from the U.S. Naval Academy and went on to serve in the Navy for more than 36 years, retiring as a Rear Admiral.

Damiani was a star player on Bishop Ireton’s soccer team. He won multiple Catholic State Championships, Metro League Championships and Bolingbrook Invitational Championships. He was selected as a Parade Magazine All-American Soccer Player, a two-time First Team Washington Post All-Met Soccer Player and a two-time Alexandria Sportsman of the Year in Soccer. Damiani attended the University of Virginia and starred on the school’s NCAA Championship soccer team in 1989.

Whaley played lacrosse and soccer and was a member of the wrestling team during his high school career, earning varsity letters in each sport. He was named to the Washington Post’s first ever All-Met Lacrosse team, the WALL (Washington Area Lacrosse League) All League Team and the WALL All Stars. In 1986, he was named Alexandria Sportsman’s Club Player of the Year and was the team’s MVP. Upon graduation from Bishop Ireton, Whaley played lacrosse for the University of New Hampshire for two years before transferring to Hampden-Sydney College, where he played lacrosse and was captain of the soccer team.

Kelleher Endress was a four-year member of the Varsity Softball Team and served as the team’s captain her senior year. During her Bishop Ireton career, she threw six no-hitters, a perfect game, set the school record for strikeouts in one game (17) and posted a career .455 batting average. Kelleher Endress was named to the All-State 1st Team in 2007 and 2008 and earned 1st Team All WCAC honors in 2006, 2007 and 2008. Kelleher Endress played Division I collegiate softball for the Charleston Southern University Buccaneers in Charleston, S.C., from 2008-2012. In 2012, she was honored as the Charleston Southern University Woman of the Year.